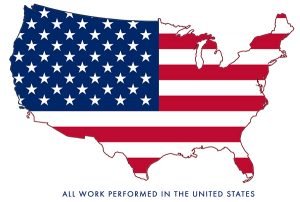 C4 Operations has joined in with ConcernedCRAs to share the potential dangers caused by background check firms “offshoring” Personally Identifiable Information (PII) to countries such as India and the Philippines, We would like to share a resource from Employment Screening Resources (ESR) . This new whitepaper was written by ESR founder and CEO Attorney Lester Rosen and is titled ‘The Dangers of Offshoring Personally Identifiable Information (PII) Outside of United States’ and details the hazards of sending PII to countries that are well beyond the reach of U.S. privacy and identity theft laws. The complimentary whitepaper is available at: http://www.esrcheck.com/Download/.

C4 Operations Is A Member of Concerned CRAs. Learn More >>

“Employers and consumers alike should be made aware of the many dangers of offshoring that include loss of privacy, identity theft, data breaches, quality of work issues, and lack of disclosure,” states Rosen, noted background check authority and author of ‘The Safe Hiring Manual.’ “Employers need to know if PII is offshored to assess if the cost savings are worth the privacy and quality considerations. Consumers should be told if offshoring is sending their personal information outside of the U.S.”

The whitepaper defines “offshoring” as the practice of some U.S. companies routinely sending the Personally Identifiable Information (PII) of American consumers to foreign countries with cheaper production and labor costs to increase profits. PII is defined as data used for distinguishing individual identity, and may include:

The whitepaper also outlines the negative side effects of offshoring for employers and consumers:

To help combat offshoring of PII, a group of more than 125 like-minded Consumer Reporting Agencies (“CRAs”) formed the industry group ‘ConcernedCRAs’ that endorse and subscribe to a set of standards that opposes the processing of consumer reports outside of the United States. For more information, visit http://www.concernedcras.com/no_offshoring.htm.

As a member of ConcernedCRAs, C4 Operations does not offshore PII and all processing and preparation of background checks are performed exclusively in the United States, with the only exception being international verification using information outside the U.S. ESR was also the third U.S. background screening firm to become “Safe Harbor” Certified for data privacy protection.

C4 Operations is a nationwide background screening company and a member of The National Association of Professional Background Screeners (NAPBS®) – All of C4 Operations research staff are trained in house and must pass the NAPBS test to work with any data research.  Visit http://www.c4operations.com or call 888.519.6283.